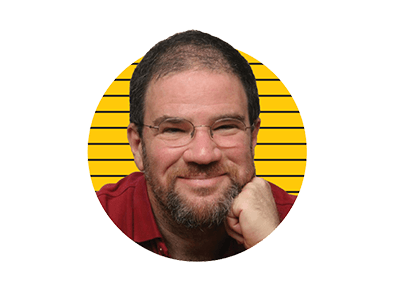 The Europe Berlin-based correspondent for the Israeli daily «Israel Hayom» and one of the rare Israeli journalists who reported from Arab and Moslem countries — such as Iran, Syria, Iraq, Lebanon and Afghanistan — about major events in the Middle East.
In 2009 he published in Israel his first book about his experiences in those countries under the title «Beyond the Border». In 2014 he published in Israel his second book, «Germany, at Odds“ questioning common perceptions of Germany today. In 2017 he published “Merkel, Israel and the Jews”, the first Hebrew biography of a German politician.
Born 1965 in Haifa, Eldad studied Arabic and Islam at the Sorbonne university in Paris. He was Middle East affairs correspondent of the IDF Radio and the newspaper «Hadashot», as well as Paris-based correspondent of the IDF Radio, the Jerusalem Report, the Jerusalem Post and Israel’s Channel 2.
Between 1997 and 2000 he was a project-coordinator in east Africa and the PA territories for an Austrian governmental Organisation. Between 2000-2002 he was Vienna-based correspondent of the Israeli daily «Maariv». In 2002-16 he was Germany and Europe correspondent of the daily «Yedioth Ahronot».